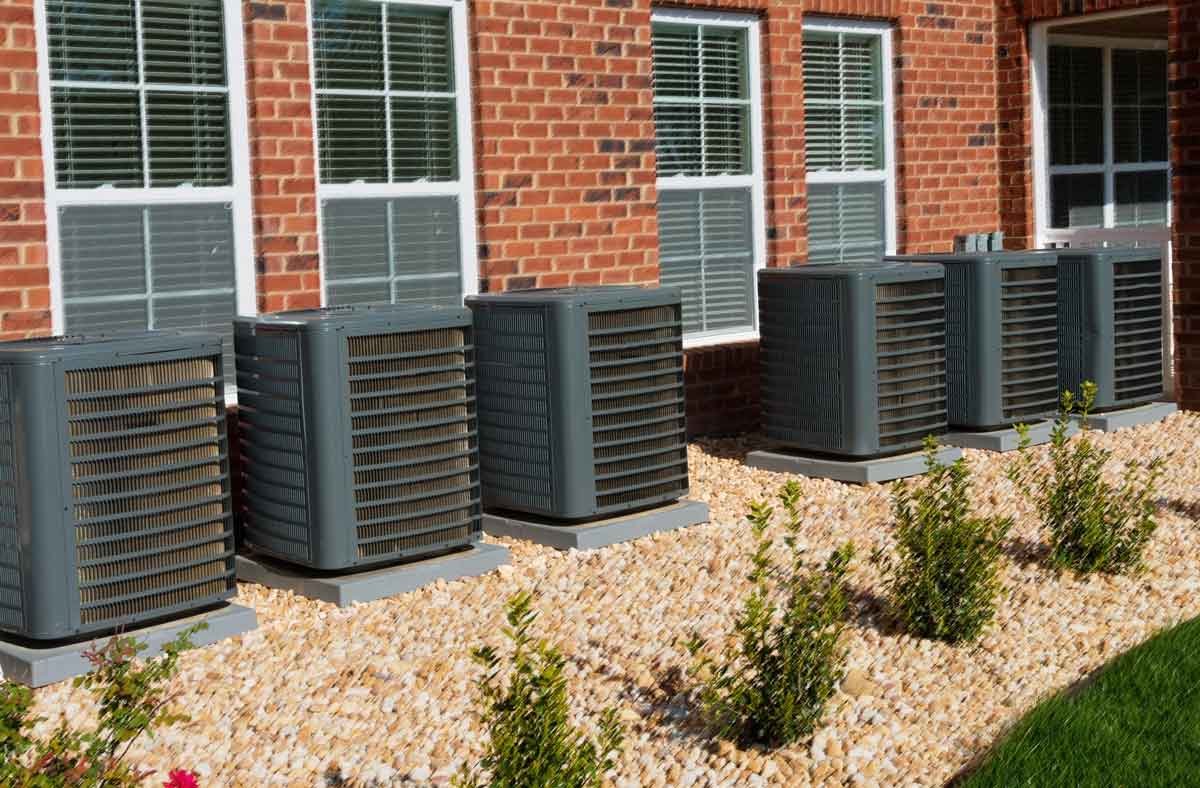 Heating Ventilation & Air Conditioning (HVAC) is an umbrella term for the American air conditioning sector which includes HVAC contractors such as Air Pros which serves both residential & commercial clients. The HVAC sector is a powerful segment of the U.S. economy since Americans consume ¼ of the worlds electricity supply with a substantial portion of that going to central air conditioning systems. This statistic has a direct bearing on Floridian households since its estimated that at least 40% of the utility bill goes towards cooling air systems.

Why HVAC Matters in Florida

The Florida Department Of Energy also confirms that for every degree below 78°F homeowners spend 8% more in annual cooling costs, demonstrating the importance of choosing the right HVAC system for your home and the right HVAC contractor to do the job.

One key year that took us to the current energy consumption point is 1953 when Americans ordered over 1 million units, but the demand could not be met by the HVAC manufacturers. This was a turning in point in the U.S. which illustrated just how much Americans, and Floridians in particular, love cool, cold air.

The Birth of HVAC

The man who started the modern age of air conditioning (and HVAC) belongs to Willis Carrier, who was hired by a printing company to find new ways to cool their manufacturing facilities. His invention was simple and ingenious: a machine that blew air over cold coils to cool indoor environments. A key ingredient in this process was the ability to lower humidity levels by a stunning 55%, something which had never been achieved before.

The company he started, Carrier, is still in operation today and one of the top central air system brands for both commercial and residential customers. Several popular competitors have emerged in Florida over the last few decades including Trane, Rheem, Goodman, Ameristar, American Standard, York and Lennox.

The Rise of Split-System HVAC Systems

While there are several types of central air systems available for purchase today for both commercial and residential applications, without doubt the one that most Floridians choose head above the rest is split air conditioning systems. These are designed to be economical, reliable and flexible as the requirements for indoor air quality grow more ambitious and safety-conscious each year. Air Pros also installs rooftop commercial HVAC systems for a range of Marquis clients in South & Central Florida.

We often refer to this new paradigm of central air units as Home Comfort systems, armed with industry ratings such as SEER which help guide homeowners on HVAC purchase decisions. SEER is an acronym which stands for Seasonal Energy Efficiency Ratio or, more technically a formula expressed as “the total heat removed from the conditioned space during the annual cooling season, expressed in Btu’s, divided by the total electrical energy consumed by the air conditioner or heat pump during the same season, expressed in watt-hours.”

In layman’s terms, this means the higher the SEER rating the more efficient the HVAC central air system and the energy dollars it should save you over the long term.

Air Pros, by the way, advises homeowners to pursue a SEER rating around 14-16 in most cases, which offers a good balance between efficiency and affordability. Additional considerations for a new HVAC system can be determined by a home energy audit.

A SEER Rating of 14 is a good starting point.

It’s usually not necessarily to go above 16 in terms of pricing & efficiency unless you have an extremely large home and complex layout.

Broadly speaking the HVAC arena can be seen as a mechanism or path to balance indoor air quality (and comfort) with the installation, repair and maintenance of central air conditioning units. This term covers the actual unit itself which is composed of various parts (indoor and outdoor) such as the air handler, blower fan motor, evaporator coils, condensing unit, compressor, refrigerant, capacitor, contacters, thermostat and disconnect boxes.

Repairing central ac systems – or changing them out for new units – is the role of HVAC contractors such as Air Pros.   Additional annual maintenance plans are offered to residential homeowners to keep units in peak condition.

One of the key aims post-installation of a new HVAC central air system is paying attention to the maintenance of the unit to increase system longevity, offset annual running costs and ensure a consistently cool and comfortable home.   This has evolved into the marketplace offering annual preventive maintenance plans to Floridian homeowners to achieve this goal. Some benefits include a percentage off repairs and a priority assignment in the scheduling queue.   The ultimate aim of these annual service plans is to achieve savings of up to 20% per year for each homeowner who signs up for a contract and usually provides 2 inspections per year.

The Future of HVAC

In the future, Heating, Ventilation, & Air Conditioning (HVAC) will evolve to become more energy efficient and environmentally friendly with strong interfaces to the Internet Cloud.   These programmable environments will require HVAC contractors to have a strong focus on technology training and building out new products which achieve the more ambitious aims of plugged in homeowners.  Some appear futuristic, such as membrane-based rooftop air conditioners typically seen in commercial installations. In this case, water would be used instead of refrigerant.       While HVAC also implies a strong heating component or heat exchange mechanism most of the business conducted by Air Pros in the residential and commercial sphere involves cooling or chilling systems.